I live in New York City!

It's been almost an entire year since I've posted.

I want to be better at this! Good grief. This is probably one of my least favorite personality traits. Generally, if it's not school or work related, I have very little follow through. I have a lifetime's worth of barely begun journals and abandoned workout regimes to prove this point.

BUT it has to say something about me that I keep coming back to this blog. I have an underlying need to chronicle my life. So once again, I am here, vowing to be better.

Last April, I had posted about getting into the Stella Adler Studio of Acting Evening Conservatory. Everything was still up in the air about when I would come and where I would live, and it was a huge, anxiety inducing mess.

We opened Jane Eyre. And my god. What a beautiful, beast of a show. It will always hold a very special place in my heart as my final show at WT and the last time I was able to perform with some of my very dear friends. 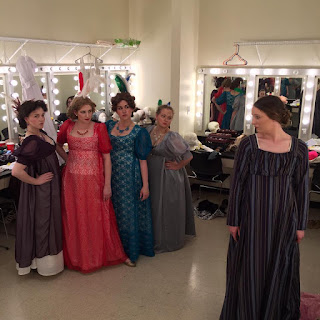 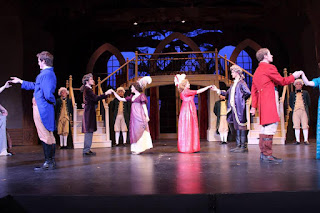 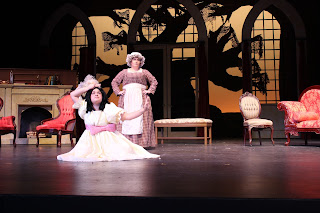 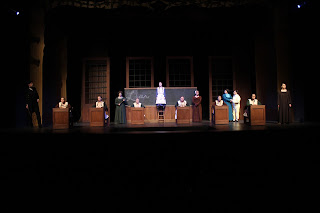 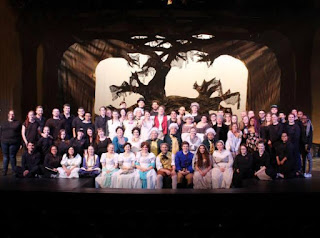 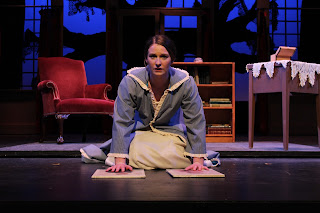 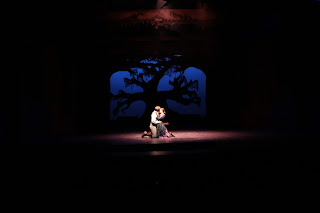 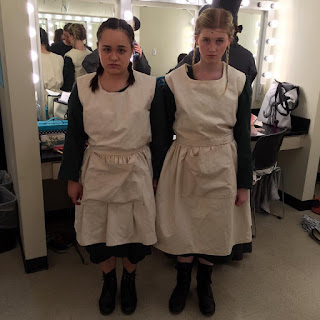 It's one of those shows that I'll never completely say goodbye to.

I finished up my last semester of college, completed my senior recital, and graduated! 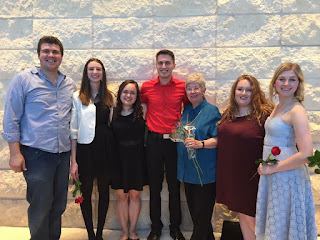 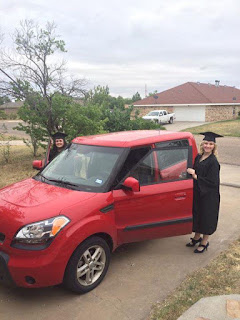 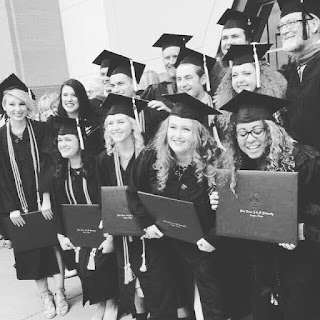 I spent a wonderful last summer in Canyon with my friends. Saying goodbye to the little family I had found in Canyon, as well as my family in Stratford is one of the hardest things I have ever done. But I had to.

On August 2, 2016, I jumped a Dallas bound flight with two checked bags a carry on, and a personal item. Something like eight hours later, I landed at La Guardia airport, an NYC resident. I consider myself very lucky: at the last moment, a room came open in my friend Jess's apartment. Getting to live with someone I know and love has been an immeasurable gift. I honestly don't think I could have done this without her by my side. I was also able to transfer into a Sales Associate role at the Loft in Flatiron, and man was that nice! I arrived in New York at 10 pm August 2nd and started my job at 10 am August 4th.

On September 12th, I started class at Stella Adler. Quick tangent: The first night, all of the first year students had to perform a monologue for our class, the second years, and the faculty. Which is terrifying. TERRIFYING. And while we were sitting there, waiting to go, I had this awful thought. What if they have us go by alphabetical order?  But then I was like, stop freaking yourself out, of course they won't do that. Hahahaha they definitely did! And so who had to go first? That is correct. Yours truly.
But it has been an incredible journey. I feel like I have truly grown as an actor and a person since starting. I'm now coming to the conclusion of my second semester of classes. On April 12 we start rehearsals for the end of year Rehearsal Projects, so that's very exciting! I've been cast as Phoebe in Richard Greenberg's Eastern Standard. It's a wonderful script and I get to work with my cast mates.

So that's everything that's been happening. I really hope to be better about posting, but we'll see.

Have a wonderful day.

Popular posts from this blog

March 10, 2013
So yesterday was a fun day! My cousin Nicklas got married to a wonderful girl named Sarah. I hadn't been to a wedding since his sister Keitha got married in 2006, and I didn't remember much, so all of my nuptial related knowledge came from the wedding scene in The Sound of Music (which I was in this summer). The entire family really enjoyed themselves.
And furthermore, this was my first time to get to go out with all the single ladies for the bouquet toss, and lo and behold...
I sent this picture to Adrian. He's skiing so he hasn't received it yet. ;)

Anywho. The purpose of today's post is regarding the myth that theatre is a nice, safe past time. Wrong! Theatre is an art that imitates life, and that art sometimes turns a little painful. It's something that happens all the way from children's theatre to Broadway and West End. Afterall, Idina Menzel was absent from her closing weekend in 'Wicked' due to a cracked rib she sustained after an accident …
Post a Comment
Read more

We're moving quickly into spring (even if NYC weather fails to acknowledge it) and man do I have some great news to share!

First, I posted last time about how due to cut hours I had taken on the second job at Blue Balloons. It's not something I had necessarily been super excited about; it meant having 0 days off and being even more exhausted than normal. But I was willing to hustle if that's what needed to happen. But then my manager approached me about moving into a management position at Loft. I had been a Sales Lead at my store in Texas and we had spoken several times during my time at the Flatiron store about moving back up, but there had never been a position open. But now, due to a series of moves within the company, one was! I gleefully told her I was still interested and she sat up an interview with our District Manager.

And I am now, officially, the new part-time Sales Lead at Loft in Flatiron! I am so excited for this new opportunity. Being a SL pu…
1 comment
Read more


As I mentioned in my last post, we got a new apartment! Now, some people hate moving. For them, it brings back feelings of sadness and leaving behind friends and family, but for me that's not the case. I've moved several times in my life. We relocated several times while I was growing up and while I was usually a little bummed about not seeing my friends anymore, the excitement at the prospect of the new, the unknown, almost always outweighed it. And when I moved into the dorms in August 2013, I couldn't have been more ecstatic. I was finally in college! I had literally been waiting my entire life for this very moment! And I was so lucky. My roommate, Emily, who I had been randomly assigned, ended up being a wonderful human being who I still consider a friend even though we're in different states. When she left WT, I lived with my soulmate, Maddie Todd, for a brief but amazing semester. Then I was finally relinquished from the dorms and Leilani and I move…
Post a Comment
Read more

Jordon
Hello. My name is Jordon! I am living in New York City attending the Stella Adler School of Acting. I hope to use this blog to chronicle my journey of continuing my training and becoming a professional, working actress.